The story of Kim Overton 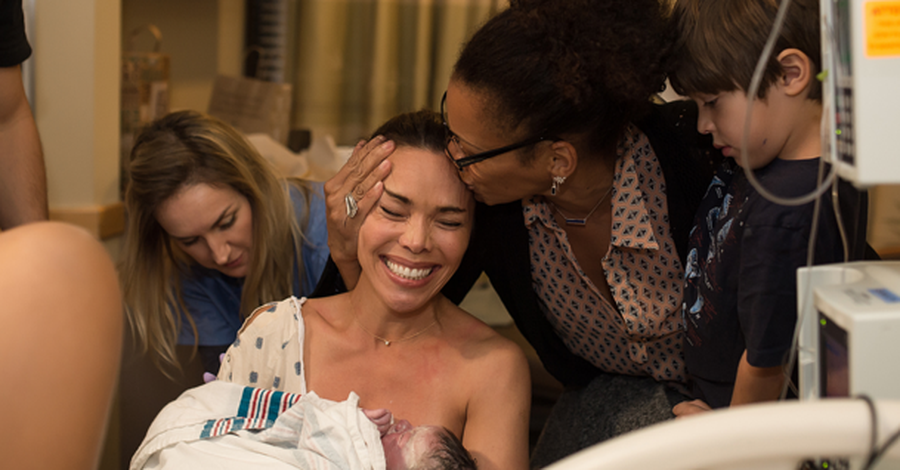 Everything started 6 years ago. Kim never wanted to get married but she realised she wanted a child so she decided to have one and be a single mom! However, things weren't as easy as expected. She was diagnosed with fibroid tumors and she had to undergo immediately a surgery. Finally, in 2010 her first baby was born!

When her son turned into one, she thought how nice it would be if she had one more baby. But following a second removal surgery in 2012, Overton was having trouble conceiving. Still a single mother at that point, Kim was told that there may just be “too much stuff going on” with her uterus. But she didn't give up.

"I was talking with one of my cousins and the topic of surrogacy came up. Before I knew it, my cousin’s 26-year-old daughter offered to carry my child."

From this moment a very long journey full of surprises,  medical tests and exhausting procedures staretd. During this time, Kim met and married her husband, Jason, who also had a 5-year-old son and a few months later, they got married. Throughout the pregnancy, Kim and Jason attended every single doctor’s appointment and supported Cydnee any way they could.

Three years later, on March 21st at 12:02 pm Kim finally met her son and the pictures speak for themselves!

"It’s very hard to compare the two different births I have experienced. My first was a dream come true. But watching my child's birth, holding him in my arms and thinking that all those monthes he was so near me, made me feel an incredible thrill."

Baby Oliver is now three weeks old and the whole family enjoys the daily routine with the new member!

View more
WHAT IS YOUR QUESTION?